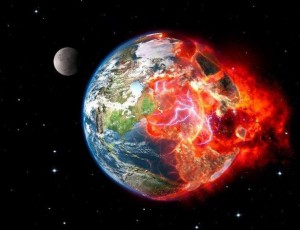 Iran and the P5+1 group of world powers have adopted a joint statement after marathon talks in the Swiss city of Lausanne calling, among other things, for the removal of UNSC resolutions and sanctions against the Islamic Republic.

According to the solutions, the Joint Comprehensive Plan of Action for enrichment program will cover a 10-year period, during which more than 5,000 centrifuge machines will continue producing enriched material at Natanz facility up to the 3.67-percent level. Extra machines and the related infrastructure in the facility will be collected by the International Atomic Energy Agency (IAEA) in order to be replaced by new machines consistent with the allowed standards. Accordingly, Iran will be allowed to allocate the current stockpile of enriched materials for the purpose of producing nuclear fuel or swapping it with uranium in the international markets.Iran will continue research and development program on advanced centrifuge machines and will be also able to keep initiating and completing its R & D program on IR-4, IR-5, IR-6 and IR-8 machines in the 10-year period of the agreement.(http://www.informationclearinghouse.inf ... e41434.htm)

This is wonderful news. It could potentially change the make-up of the whole middle eastern region. Russia, as part of the P5+1 group likely had a huge amount of influence on proceedings given their economic and political ties to Iran, as well as their ties to spheres of influence in the Middle East which finds Iranian influence widespread and potent.

The P5+1 group comprises of the five permanent members of the UN Security Council – China, UK, Russia, US, France and the ‘+’ is Germany.
Iran could work with rather than against Western forces in Iraq, Lebanon and Syria. If trust can be built and shared aims for peace can be seen to be credible. Idealism of course, but this deal will could and should lessen the friction between the major players in the region. Other than Israel. And Saudi Arabia.

The sanctions were grossly unfair and born of Israeli demand, not proof or legitimate fear of an Iranian nuclear weapons program.
The crippling economic sanctions placed against Iran by the US and its vassal states have been posited upon the entire US intelligence agencies combined declaring…

The U.S. assessments that Iran is not developing nuclear weapons and has demonstrated no intention of doing so.
“Recent assessments by American spy agencies are broadly consistent with a 2007 intelligence finding that concluded that Iran had abandoned its nuclear weapons program years earlier,” the report said. “The officials said that assessment was largely reaffirmed in a 2010 National Intelligence Estimate, and that it remains the consensus view of America’s 16 intelligence agencies.”
(http://news.antiwar.com/2012/02/25/new- ... ing-nukes/)
Yet that makes no sense whatsoever…so what the devil could be behind the steadily pronounced Western propaganda message of IRAN ARE EVIL AND WANT TO NUKE THE WORLD??? Perhaps this>>>


Now it all makes sense…to the brain dead and soul-less. Yes, even the most murderous rogue state in contemporary existence, the US government, has it’s intelligence services saying THERE IS NO IRANIAN NUCLEAR WEAPON PROGRAM, though we are better off basing our UN Resolutions on a cartoon drawing shown to the United Nations, by a warmongering, Zionist death merchant like Bibi.
For anyone who needs persuasion to believe and know of the staggering and awful Zionist control of US foreign policy, surely this explains enough? As in…the US finds zero belief or proof that Iran have any interest in creating nuclear weapons, then Israel paints a picture of a bomb and the US demand and force through sanctions against Iran, forcing huge suffering on the Iranian people.
Perhaps you are sticking to the treasured joy of the Western propaganda machine which told the world that former Iranian President Ahmadinejad declared his intention to wipe Israel off the map.

Former Iranian President Ahmadinejad was painted as a genocidal psychotic for suggesting an end to Zionism
Western media repeated a million times over that intentionally misleading nonsense. Benny ‘the joker’ Netanyahu has oft-repeated the same phrase as justification of the existential threat posed to his tribe.

However…the actual phrase in question referred to solely ‘the regime occupying Jerusalem’, so Netanyahu and the IDF we can assume. There was no mention whatsoever of any ‘map’ nor ‘wipe-out’. The quote is essentially a call to rid the region of Zionism. Not nuke Israel in a genocidal routine. Nor kill all the Jews. Zionism is not a synonym for Judaism. They are connected, but more often than not Zionists are not Jews and vice-versa. Judaism forbids its followers to take land from those who have jurisdiction of the land…There are plenty of other diametrically opposed pillars of philosophical belief and direction.

The creation and subsequent expansion of Israel since the 40s and continued theft of Palestinian land, building new settlements on occupied territories, ruling with brutality, blockades, torture and state sponsored murder are not part of Judaism, they are the work of the Zionist movement. The Zionist regime does not represent all Jews. This difference is rarely broached yet it is of paramount importance in terms of understanding the problems.

The Iranian President spoke of regime change. The original speech which produced the famously distorted line for Western Propaganda to mass produce thereafter was outlining the menace of Zionism in the region, the horrifying plight of the Palestinians and dangers of US/Israeli hegemony. All of which I personally see as factual. I support any call for the Zionist regime to be taken down, an end to the physical and economic persecution of the Palestinians and a return to 67′ borders, as close to which can be achieved and who knows, perhaps even a peaceful two state solution could be possible…

US Republican Senator John McCain was one of the first to react to recent events with this typically ignorant death merchant statement-
The Israelis will need to chart their own path of resistance. On the Iranian nuclear deal, they may have to go rogue.
This fool learned nothing of value during his time as a POW in Vietnam. He learned nothing negative of War. And has consistently demanded more foreign invasions since working his way up the Republican ranks. He is classed by many as a hero. For been captured, tortured, released then carving a political niche as a warmongering land shark. What kind of scum views such a man as a hero? Doves and Hawks, cries and squawks…he is simply a brainless, brute sucking on the rotten udder of the weasel-cow. Now encouraging Israel to launch a preemptive attack on a sovereign state who are bending over backwards towards hugely curtailing what the US intelligence services say is a solely civilian orientated nuclear energy industry.
Back to Benji…

“We want a diplomatic solution, but a good one, one that rolls back Iran’s nuclear infrastructure and one that ties the final lifting of restrictions on Iran’s nuclear program with a change in Iran’s behavior, namely that they stop their aggression in the region, that they stop their worldwide terrorism, and that they stop calling and working for the annihilation of Israel,….
The preeminent terrorist state of our time should not have access to a vast nuclear capability that will ultimately give them nuclear weapons

The preeminent terrorist state of our time is the US, with Israel their major ally terrorist state in the Middle East. No country has as many war bases around the globe as the US. No country spends anywhere close to the Military expenditure of the US. And no country has been involved in the staggering high amount of foreign invasions, regime changes and support for brutal dictators, to the extent of the US. http://thedissolutefox.com/the-us-war-machine/

It is a shame for those who could be helped by Iran’s civilian nuclear power research and development that their work must be greatly reduced and the process slowed, and the Ayatollah and President Rouhani should be praised and rewarded for their impressive diplomacy.
Let us now hope that the zionist regime which rules Israel and their piglet slaves on both sides of the congress sty cannot muster enough support to ruin what is the most valuable tentative step towards forward for the region in many moons.