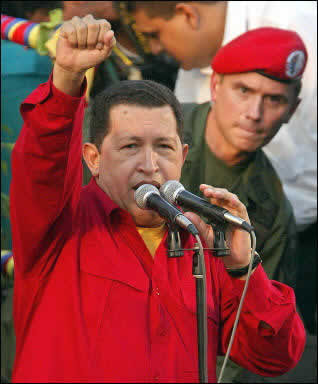 Whilst I am indeed marooned in Melbourne, the land of mong and probably should be focusing more on domestic policy of the country where I dwell, I cannot help maintaining a keen vigil upon matters in my homeland. Without doubt the latin flames in my crimson rivers affect my Everything in some way, yet, it must be said, that I am English through and through. And given that England has shaped me more than any other country or culture and many of those I care for and love deeply remain in my motherland, I wish to state my own stance on the soon to commence elections.

It should also be mentioned that I am well aware that many if not most people I know have not the time or interest to delve regularly into what is called politics yet in essence is How England Is Governed.

Finally, I missed the opportunity to vote from afar, and perhaps Rightly so, for whilst I care for my homeland, mainly my loved ones who live there, I am dubious about the system which allows me as an Englishman to vote in an election which decides who governs the lives of a land 12000 miles away where I have barely set foot for close to 7 years.
evan davies leader interviews Perhaps the most valuable of electioneering showpieces came in the form of one on one interviews hosted by Evan Davies. That fiend was monstrously awful to every one who came before him. Pure attack hound. And the manner in which he smiles as he places his targets in uncomfortable positions is smarmy, yet incredibly smart. I strongly suggest peeking at the links to these collisions below. It is when under pressure that you see the potential for true leadership or lack thereof.
Of those meetings, it was the SNP leader Nicola Sturgeon who emerged as by far the most sincere and open. Were She english, I would be championing Her as our new leader. Unfortunately she is Scottish and as I can easily understand, her views are hugely focused upon Scottish issues, as they should be.

Is Sturgeon the former Krankies star?

I support Scottish independence. And wish they had voted YES in greater numbers. This was not the case and although I find her a strong and righteous Woman, I do not take kindly to her potential position as Kingmaker. Which may well transpire. Her anti-tory stance alongside an openness to making Miliband her lapdog lead to English policymaking slanting massively towards Scottish interests above our own. This should not and cannot be allowed to happen.

I quite like Farage, solely in terms of his efforts to bring into the realm of political debate the question of Englishness. Some of his ideas seem well thought out, yet there are gaping holes in his manifesto. Inexperienced and surrounded by others absent of the substance and intelligence required to run a country. Also, his whirling dervish of a foreign policy is probably the worst on offer.

I am trying to avoid a focus on foreign policy, despite its obvious impact on our lives and the world as a whole. The reason I am inclined to steer clear of such matters is that of the two candidates of any serious chance of success, both will remain in complete allegiance to the Zionists and military-industrial complex and banks which run the US. For too many reasons to delve into in any detail here and now, for there is much to cover. And it would be wasted virtual ink. Suffice to say, in terms of spending millions if not billions on nuclear deterrents and invading and fucking over other countries at the behest of Zionist and Global Corporations which seek to rule the world, there is no difference whatsoever between Miliband and Cameron. Both have to suck teats of the same sow in order to have any chance of Power. For it is that vicious, brutal group of bloodless megalomaniacs who decide the leaders of the US and all of their vassal states.

Only Clegg is prepared to tiptoe away from the status-quo, with an uneasy smile. And he has no chance of winning. Yet he does have the probable opportunity of creating another coalition with Cameron. Which I hope is what we find in a week or so when the dust has settled.

‘fuck you brother, you will never be King…’

Ed Miliband was chosen to lead the Labour party as a loser. He comes across as a pure toff. Has the nose and fangs of a donkey. And pronounces ‘years’ like an Eton prefect. He seems fresh out of university, uneasy when forced into a corner, unable to even bring himself to accept that the former Labour government fucked up England horribly. Overspent disastrously. Created huge bureaucracy which will still to this day take years to correct. He doesn’t behave well under pressure, has decided that the people of England and our sister nations in the UK do NOT have the Right to decide on our EU membership and seems like a whitewashed version of his brother.
Now had David been Labour leader I suspect this piece would be different. For I always enjoyed his zeal and he always appeared a fanatical do-gooder as well as gracious and able to grasp at humility. Alas, you rarely find two of such fanatics between siblings, and it clearly suits the powers who own the Labour party and British politics in general to have a weak, lame and terribly posh Ed instead of a self righteous serpent who is determined to pursue progressive policies such as David.

Of the main three in England, it is the Liberal Democrats leader, Nick Clegg, who should be seen as honest. He can afford to be as he knows damn well that he has zero chance of becoming Prime Minister and also is coming off the back of what most agree has been a solid term in power for the coalition. He is sensible and too honest to ever gain a more prominent position than where he presently sits and will surely be hoping to continue into the next government.

The coalition inherited a truly fucked up system presided over by Labour. They also had the global financial bother to deal with, courtesy of those Wall Street bankers who Obama made part of his inner sanctum after it was clear they were to blame. Since then, the Tory/Lib Dem alliance have brought 2 million jobs to the country, more than the combined total of other EU states. They have strengthened the NHS. Raised the threshold for income tax leading to 3 million working without been skanked by Income Tax. The economy is growing at the fastest rate of any Western country. Crime has decreased. And they have taken a huge chunk out of the rancid deficit of debt.
Labour will increase borrowing. They will bring the country deeper into debt. And they will not give the people of the UK as a whole a referendum on EU membership. Worst of all they will undo much of the good work that the present coalition have achieved and hope their new ideas work out better.

Ed Miliband is not fit to lead. He will be forced into a coalition or deal with the SNP if he wishes to become PM. He has stated that this will not happen. Also, he is unable to even accept how wretchedly Labour fucked up our country before the last election. His brother has value, he does not.

Whilst I am hugely oppositional to his foreign policy I understand why he follows a route of quiet imperialism, and support David Cameron. He has done a decent job. Made good on 22 of his 28 pledges, which is a rare thing in any political system. I say let him continue to improve the country, the economy, the welfare system, the immigration policy and to give the english people the opportunity to decide upon our continued EU membership, with no conditions attached.

A shame in a curious sense that the self made revolutionary Russell Brand did not seek election. He could have added some substance to his do-gooder routine, much of which has some value, yet without any sensible or even possible bridge to his ideals from our Now, he may as well be a fairy in a Harry Potter novel, and perhaps that is where he wants to be.

I am no fan of Democracy and hugely support truly revolutionary zeal and organisation. Which does not include Brand. The system is fucked, clearly. Yet to create a new system, of whatever variety, we need to mobilise far more than merely well meaning sentiment. You cannot fight guns and tanks with love. You cannot bring about change in a world run by extremely violent, savage, mass slaughtering corporations and Zionist Cunts by marching on the streets…without weapons and carefully selected targets. It is bothersome to find widespread support for what is essentially a pacifist movement, when I share their love and eagerness for a better world, yet perceive many supporting such a movement of pretty idealism. Lacking any understanding of how the world truly works.

Lovely sentiments, but detracting hugely from the obstacles in the way of such an ideal.

If a group of powermongers can invade sovereign states, destroy cultures, on the basis of lies, and the most powerful puppet on the planet is a deceitful death merchant who signs off a kill list daily for families he has no idea of, then we need to make a choice. Do we fight? Or do we try to make the best of what we have available to us in terms of allowing our lives to be governed by brutes in suits?
I will choose the latter until the former appears, axe in hand, fangs gritted, truly revolutionary zeal in their eyes. And by doing so, I see the upcoming Uk elections as simple as…

Do you want your country to continue decreasing debt, creating jobs, lessening crime? Vote for Cameron. Or Clegg.

Or do you want to bring into power a group who will increase debt, be at the mercy of Scottish interests and who are unwilling to accept how they fucked up when last given the chance to rule our land? Vote for the posh-boy toff Miliband.

I am with any true revolutionaries, not the Brand crowd, but those truly eager to turn society upside down, burn down its roots, then start again.
In absence of such a thing, I will support whoever seems best equipped to govern in a sensible, intelligent and successful matter. And with that in mind, I will offer my support for Cameron. With hopefully Clegg in tow, to keep him in check and at least partially on occasion, honest. I am sure they can move beyond the EU referendum issue, most likely with Clegg backing down.

I would prefer Hugo Chavez or Simon Bolivar or Evo Morales, yet in their absence, I will offer my allegiance to David Cameron. Who stands up well under pressure and has a proven record of turning around the fortunes of England in a steady, progressive manner. With no revolution of our political system in sight, I believe he is the man, for good and ill, to continue our regeneration as a country, as a people, and progress towards national prosperity.