Mechanical Bambi and THE RUSSIANS ARE COMING!

Mechanical Bambi and THE RUSSIANS ARE COMING! 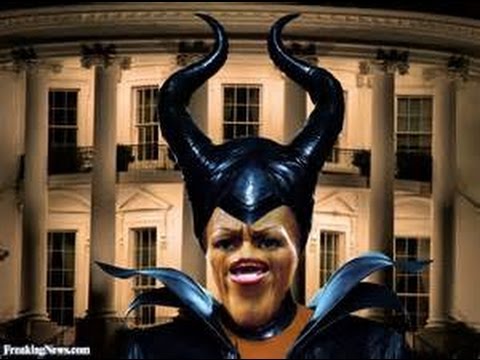 A brief peek at the current crop of wretched efforts at mass misdirection which the MSM is disseminating with stunning breadth and voluminous zeal...
Vlad Hacked the US elections! Vlad hacked the Podesta emails!

Firstly the electoral voting system in the US is not connected to the internet. Which seems a damn bother when we are told the votes were hacked...
Next, there was a mad woman who demanded a recount of some votes, yet Trump came out with even more votes than previously recorded.
And lastly, moving beyond the alleged Election rigging...the Podesta email leaks, produced by Wikileaks, revealed that the Democratic power structure worked against Sanders, was supporting Hilary from the start.

Now Assange openly declared that these leaks came from a US insider. Not one of his proclamations in regards to the work of Wikileaks has ever been proven to be false. Not one. He therefore seems a credible source. Add to this the words of former UK ambassador, Craig Murray...
"The source of these emails and leaks has nothing to do with Russia at all. I discovered what the source was when I attended the Sam Adam's whistleblower award in Washington. The source of these emails comes from within official circles in Washington DC. You should look to Washington not to Moscow."

These facts are useful, but as most people have no interest in facts, prefer to follow what they mistakingly call the 'news', I will conclude my brief glance at this latest effort to demonise Russia with the following gallop:

The is no proof, no proof, no proof, no evidence whatsoever of any Russian hacking. NONE. If there was, it would be made available. Put those who have spread such dangerous muck in the dock to testify the same under oath and to then provide evidence. None will show.

To place belief in a crowd who lied about Iraq, lied about Ukraine, lied about Libya, lied about Syria, whose lies have led to the death and destruction of millions, seems...an unforgivable error. By all means adhere to such a lively bunch of mega cretins, but I for one prefer to seek evidence and fact. Both of which are completely absent from this latest bombardment of 'experts' and politicans demanding action for Russia not hacking the US elections!

The idiotic yet typical routine of Obama, to react to a fallacious bullshit routine with sending Russian diplomats home and closing Russian schools and gatherings in the US, when he knows very well the whole report is completely false, is an attempt at a diversion, from the sinister content (not yet proven false) of the Podesta emails and also to fling filth and unsavoury allegations - I suspect for ostensible reasons - against Trump. Obama has been a fraud and villain, anyone with half a brain must understand this.

And as for his wife...Black Bambi

Her husband has presided over a calamity of horrors. She has been wheeled out on command, given a script, told to adopt the practised bambi eyes and spoken of liberty, of female rights, of independence, of everything great and ideal in the world, then sucked the accursed member of the closest we have known to a Grand Deceiver as he signs off on his latest kill list of families around the planet, his beloved drones delivering the message with flames and maimed limbs...She is a fraud, a pigfucker, a disgusting role model for any young woman. She is coached to pluck at the heart strings, she expresses heartfelt horror at Trump's words of women, yet drinks and likely snorts a line or three, when hosting rappers at the shite house for a private audience who are famous for spouting such tripe as...

Yes yes! She is a strong campaigner for women's rights...other than when she has guests at the Shite House. She is a wonderful role model for young girls, other than when off camera.

She is simply a bother, cuddles with Bill Clinton often, a man most famous for cheating on his wife and fending off a lengthy list of rape charges. Some of her other 'friends' are openly homophobic, yet why bother...It should be clear to any right minded individual that the wife of a man responsible for global carnage, mass deceit, war after war, lie after lie...is of the same ilk. As in scum.

No, I do not hate the many who keep sharing her stupid speech designed for the plebs, neither do I pity them. I have become apathetic to their existence, and all that registers in terms of a vital reaction is that I wonder how Balzac would have pondered these fiends...His general gist was 'most intelligent people are scum, and most dumb people attempt to cling onto the powerful and act like cunts, to raise themselves out of obscurity and suffering'...To focus on the Obamas is to merely raise his stance a few rungs up the ladder.

Essentially, I ask of people to ponder why they believe in the words of proven liars? I ask of people to ponder why they buy into Black Bambi's 'goodness' when her own chums are ignorant, homophobic, bigoted swine who find date raping women jolly and would happily see gays beaten to a pulp? Those facts will not be found popping up on your social media streams, or on the front of papers of the mainstream news, which doesn't make them false, it just means they do not meet the agenda of the ruling powers.

I advise all to ponder WHO GAINS when dicing with any mainstream news. And to remember that someone is paying for that 'news' to reach you, find you, bombard you, from all angles of convenience.

If you then start to wonder 'well...this makes no sense...what the devil is afoot'. Try the following sites for something less well paid for, something closer to honest, something based in logic, fact and evidence:

Please, in the very least, before assuming what you are told is the truth, ask yourselves these two questions:

WHO GAINS?
WHERE IS THE PROOF?