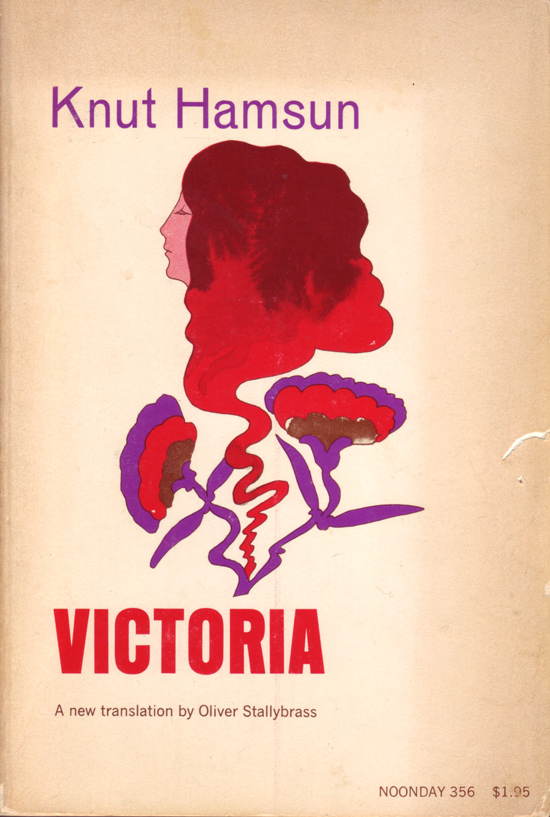 My tear ducts still tremble, the sadness has dried yet lingers in my heart. Every thought is sullen, my mind has nowhere to go. This is grief.

Rather than wait until I have been allowed to revive enough to appreciate the innocent evening chorus of the sparrows and their winged kin, I shall attempt a brief expression of an experience which has touched me profoundly, consumed me, and yet to another observer, this experience I write of is merely a small package of printed words.

Victoria is a novella of poignant beauty. A tale of fanatical devotion which was never manufactured, but always steady and magnificent and painful and deadly and cruel. Or is it the world that is cruel.

Knut Hamsun was a masterful professor of the human psyche. Of no academic guidance, his expressions of the human condition are second to none, and whilst I have found in his other books characters to whom I can relate, sensitive souls who seem by the measure of all around them to dream in their wake, to chase fairytales, it is only in Victoria where I have found the plight of those affected by and afflicted with such sublime sensitivity of the heart so total and true that I found myself feeling their feelings, thinking their thoughts, from start to finish. And they are two in this masterpiece. Not singularly Glahn or singularly Nagel, characters who are so removed from the rest of society in their way of feeling and thinking and acting, but blessed as much as cursed by requited devotion in which they begin and end, in everything they are and could ever be.

The final pages of harrowing torment found my hand trembling, my eyes drenched with tears, for the agonising death of a hope coursed through me, a hope as illogical as the mere idea of true love surely appears to those of the majority, who neither believe in nor have ever experienced a devotion which becomes more than the moon to your tides, it becomes all that matters, from your first wakeful impression to the last you remember before slumber takes hold. The world of humanity is eclipsed, and other than through even fleeting collisions with the source of this madness it finds kinship in the wilderness, in the wind and the petals and the rain. In everything but humanity…Chords of my heart were plucked, and the song that was heard by the ears of my essence was one of beautiful sadness…

I shall sit here in silence, solemn to my femurs, appreciate the moment until it passes.